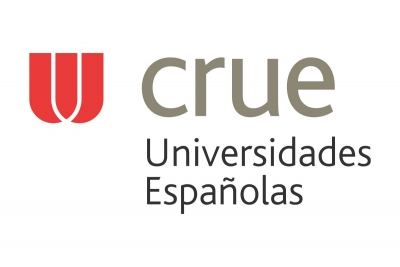 Violence against women is the maximum expression of gender inequality in the world. This was considered at the IV World Conference on Women (Beijing, 1995) and its eradication is one of the goals of Sustainable Development Goal 5 in the 2030 Agenda: "Eliminate all forms of violence against all women and girls in the public and private spheres, including trafficking, sexual exploitation and other types of exploitation”.

Universities, as generators and transmitters of knowledge and values, through Crue Spanish Universities and the Equality Units and Offices, legally designated as support structures and integrated into the Network of Gender Equality Units for University Excellence (RUIGEU ), we reiterate our commitment to the fight against all types of violence against women.

Therefore, we state that one of our priority objectives is to collaborate with public authorities and society as a whole to help eliminate any form of violence against women. This year, we want to warn about the so-called "vicarious violence", that perpetrated by abusers against the loved ones of the victims, especially their daughters and sons, as a means of causing maximum pain and suffering.

From the university sphere, Crue Universidades Españolas –through the Delegate for Equality Policies and the Gender Policies Working Group– works together with the Equality Units in the prevention of violence against women. Our joint effort is focused on eliminating sexual or gender-based harassment in the workplace and academic sphere, sexual abuse and assault in festive settings, psychological violence, the starting point of other material violence, and all kinds of discrimination, direct or indirect.

The zero tolerance university policy and culture are developed through the protocols against the different types of harassment and violence, the equality plans, the awareness and awareness campaigns, the training of the entire university group, the search for new actions and means that care for victims or planning programs to cooperate and promote new initiatives. This is our way of contributing to the achievement of effective equality and the eradication of forms of violence in our universities and in the society we serve.

As long as this dramatic reality continues to exist, the universities are committed to making November 25 every day of the year.