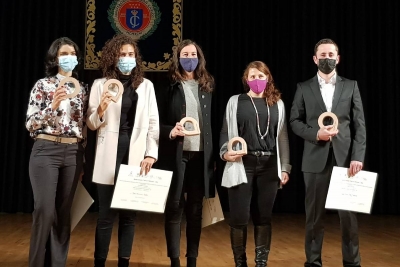 In the photo: second from the right, Irene Ros Martín, doctoral student at URJC, winner in the 'Arts and Humanities' category

In an edition organized by the URJC, doctoral student Irene Ros Martín has won first place in her category thanks to her presentation of research that seeks to bring about improvements in the facilities of public infant and primary schools.

Last Friday, the 2021 edition of 'Thesis in 3 minutes', organized by the Rey Juan Carlos University, came to an end and in which the doctoral student and professor at the URJC, Irene Ros Martín, won the category ' Arts and Humanities'.

The final took place in the Assembly Hall of the Rectorate building on the Móstoles campus. Contestants from the Universidad Complutense, Universidad Autónoma and Alcalá de Henares competed, in addition to students from the URJC. The event was attended by the Vice-Rector for Postgraduate Studies, Luis Cayuela Delgado, and the Vice-Rector for Innovation and Transfer, Fernando García Muiña.

The final and the entire organization has been a success, as Pilar Abad, director of the International Doctoral School (EID), points out, "everything was phenomenal, the jury told us that there was a very high level among the contestants."

The finalists, as in the first phase, had to face the challenge of 'defending' their research in 180 seconds, in an informative and accessible way for the general public, with a single, static image as support for the exhibition.

Irene Ros Martín, points out that having won "is a boost to face the final phase of the thesis, which is hard and this motivates us to continue".

Ros Martín, who is also part of the PDI of the University, had to explain in three minutes a thesis that aims to "design a methodology that allows assessing, in public schools for Early Childhood and Primary Education, the basic requirements of safety, habitability and functionality that are contemplated in the Building Regulation Law”.

In order to condense as much information as possible with scientific rigor and transmit it in an accessible way in three minutes, Irene Ros tried to generate an impact both with her words and with the selected image, in which a large damp stain can be seen on the ceiling and wall of a public school. The winner also used humor in her presentation. 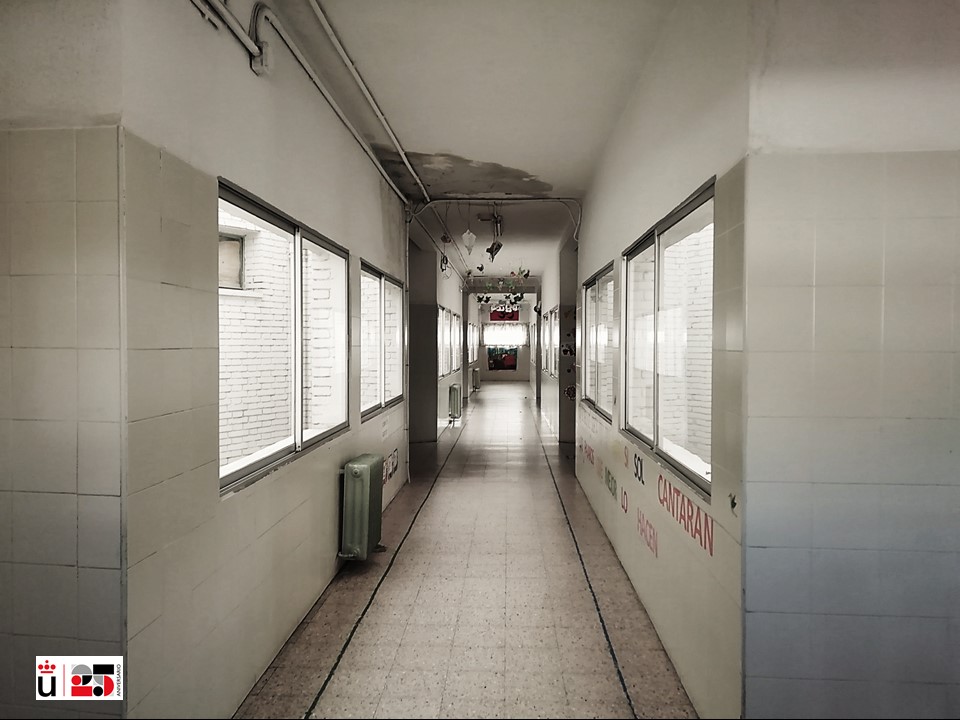 The women of the URJC dominate the final

Ros Martín wanted to highlight the constant support during the process of the International Doctoral School and has valued the work and research of her colleagues, since all the finalists of the URJC are women, "I have seen a lot of ideas that they have to do with improving people's daily lives, research on people who have suffered a stroke or on the purification of water, among others. This contest gives us an opportunity to give voice to the great investigations that are being done and that many times are not seen and have to be seen more”.

For Pilar Abad, “very relevant research topics have been presented and those responsible have shown that they are great disseminators when it comes to explaining complex thesis contents in a way that they can be understood by the general public”.

A contest that has highlighted the high level and social importance of the research carried out at the Rey Juan Carlos University, as well as the work of the International Doctoral School in organizing the contest. The final was recorded on video and streamed. Those people who could not follow it live will soon be able to see it through TVURJC.