The URJC creates a sexual and ethnic-cultural diversity unit 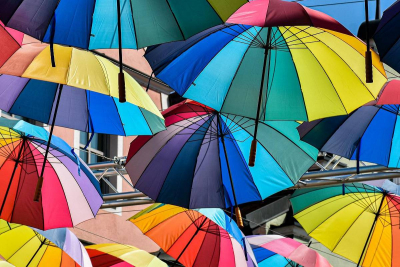 Diversity is a key fact of the societies in which we live. In a new effort to respond to the demands of citizens and keep pace with the current world, the Rey Juan Carlos University has approved the creation of the new Diversity Unit in the last Governing Council. The URJC thus becomes the first university in Madrid to dedicate a unit to sexual and ethnic-cultural diversity.

The URJC sets among the purposes of its statutes the putting of knowledge at the service of science, culture and quality of life. From its creation to the present, the URJC has taken many steps in this direction, particularly in the field of equality and attention to diversity. According to the professor of Psychology, Miguél Ángel López Sáez, one of the promoters of the new unit, "their concern and interest in equality between men and women, care for people with , and the inclusion of a human rights perspective, among others. In addition, the URJC has incorporated into its URJC 2020-2025 Strategic Plan its commitment to the United Nations 2030 Agenda, where the incorporation of measures for inclusion, transformation and social justice, and the well-being of the community are taken as priority objectives. university”

Along these same lines, the URJC joined the Network of Units for Diversity last May, and now creates its own Diversity Unit. The first with such status among Madrid universities, focused on defending sexual and gender diversity and ethnic-racial diversity. The new unit has been promoted by the Vice President for Planning and Strategy.

According to López, the functions of the new unit are going to be several, “it was born with the vocation of attending to the field of sexual and gender diversity in an intersectional manner. The service will focus its action on the areas of sexual and gender diversity (sexual orientation, bodily diversity, affective diversity, gender identity and gender expression); and diversity by origin and cultural reasons. It will seek to address anti-discrimination policies to avoid exclusions and violence, and will generate safe campuses for the full development of the entire university community”.

The Diversity Unit is expected to start operating at full capacity during the 2022/2023 academic year. As Miguel Ángel López explains, "it will have a management team and a work team that will begin by contacting the agents that make up our university community to propose joint actions in favor of sexual and gender and ethnic-racial-cultural diversity." Soon, the mail will also start working .

The people responsible for this new service face the future with the expectation of, "being able to publicize the unit and establish different actions and activities in order to make the URJC a more inclusive university and one that is allied with lesbians, gays, bisexual, trans, intersex, racialized and migrant, among others”, indicates López.

Although the new Unit will have to wait for the course that begins next September to begin its journey, it will not be necessary to wait so long for its first exercise. On July 5 (coinciding with Pride week in the Community of Madrid) they have organized the online day 'Celebrating diversity at URJC' to commemorate #UniversityPride as members of the Network of Diversity Units (here you can read the manifest published by the Network) and the creation of our Unity. It will be an online day in which we will address LGTBI diversity in our university and in science.

The inauguration will be carried out by Mar Fernández Sabugo, deputy general director of LGTBI Rights of the Government of Spain and Andrés Martínez, vice-rector for Planning and Strategy. The event will consist of the following round tables: 'The importance of diversity units', 'LGTB teaching staff visible at the URJC' and 'LGTBI Research and Dissemination'. The conference will be closed by Professor Miguel Ángel López Saéz, its coordinator, and Rosa Rodríguez Saavedra, head of the Equality Unit. Registration is open and 0 RAC credits will be awarded for participating in the activity.