URJC among the 1000 best universities in the world 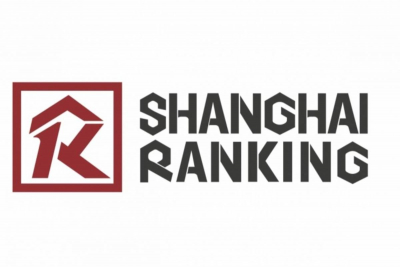 The Shanghai ranking places the Rey Juan Carlos University among the thousand centers that stand out in its annual edition. It is the main world university ranking.

The ARWU ('Academic Ranking of World Universities') - WUR, also known as the Shanghai 'ranking', has placed the URJC among the 1000 best universities in the world in its latest edition.

Specifically, the Rey Juan Carlos University is placed in the range of centers located between positions 901 and 1000. This classification takes into account 6 indicators: students and professors who have won Nobel prizes and Fields medals, highly cited researchers, articles published in journals of Nature and Science, articles indexed in the Science Citation Index - Expanded (SCIE) and the Social Sciences Citation Index (SSCI) and the performance per capita with respect to the size of an institution.

With this result, URJC maintains the good position of last year, remaining in the exclusive club of the 1000 best universities, highlighted by Shanghai out of a total of between 25.000 and 30.000 higher education centers.

For Diana Benito, deputy vice-rector for Strategy at the Vice-rectorate for Quality and Strategy, “we improve positions and/or maintain them in the best rankings in the world year after year. These evaluations, which are carried out externally, are a reflection of the important work carried out by our university community and legitimize us”.

These good results join a trend that, in recent years, has caused the URJC to be classified in the main world lists such as: 'QS world ranking', ‘THE world ranking', 'U-MULTIRANK', 'UI GreenMetric', among others. At the same time, she has been selected in the most recognized national rankings such as the 'U-Ranking' of ISSUE and the CYD.

By disciplines, it appears in the 'Shanghai by Subject' ranking, prepared by the Jiao Tong University of Shanghai (China), which places it among the 500 best worldwide in certain areas: the URJC has achieved outstanding positions in Ecology (among the 150 best in the world), Chemical Engineering and Communication (among the 300 best in the world), Biological Sciences and Agricultural Sciences (among the 400 best). Likewise, it stands out in various disciplines in the 'QS by subject' rankings -in the 150 best in Tourism and Leisure-, 'THE by subject', 'Nature publishing', URAP or SIR of Scimago.

The position of the URJC stands out in THE University Impact ranking in the 2022 edition. The Rey Juan Carlos University appears in all the sustainable development goals, highlighting the good results in the Sustainable Development Goals: SDG 12. Guarantee consumption and production patterns sustainable (among the top 90 universities worldwide).

"The URJC is going to continue betting on quality, adaptation to change, internationalization, digital transformation, transparency and a greater social projection, because these results in the rankings guarantee the path we are taking". "It is a congratulation repeated every year, I am sure that we will continue to do so."

All this with the aim of making a better university every day.