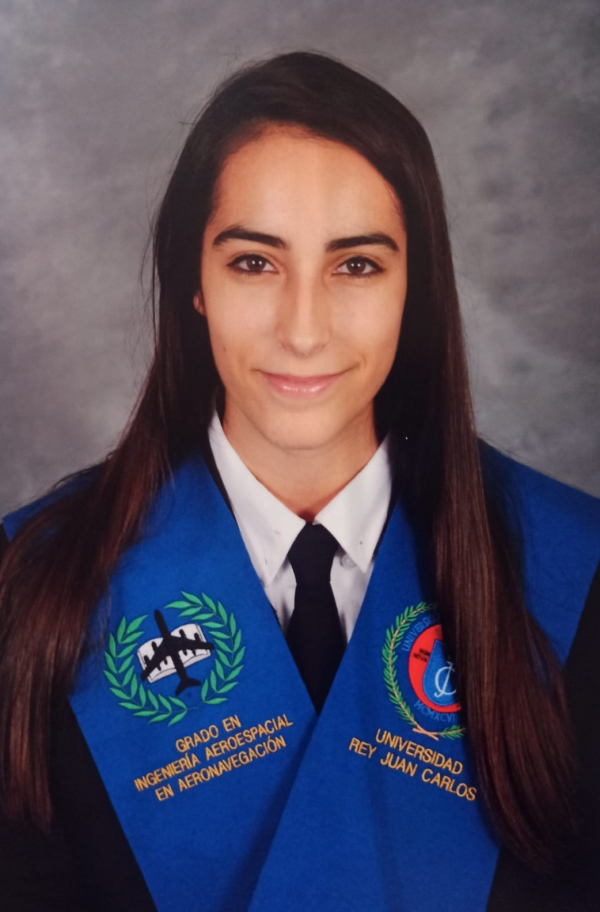 The prize he has obtained is dedicated to recognizing university research in the field of aerospace engineering with defense-oriented applications.

On an annual basis, the Army Air and Space Awards, what do they have for objecto reward any kind of action the contribution a the culture aeronautics en different areas like la aerospace research and innovation, la cartistic and literary reaction, el aircraft modeling, la aeronautical image, that articles of the Aeronautical Magazine and Astronautics, la promotion of aeronautical culture and that values ​​in sporte.

These awards Suppose a prestigious award, being a unique award throughout the national territory. En concrete, college job category ha left deserted from 2018 to this year 2022.

Meritxell Maider Diaz Cothat graduated of Double degree in Iengineering in Ttechnologies of the Telectronic communication and Iengineering Aaerospace in Aaeronavigation by the URJC, has received this award in the category ofvestigation and innovation aerospacel of university work by his TFG titled 'Study of the viabiity of Sparse Regression Techniques (sparse) in Models of Aircraft Trajectories', tutored by Professor Pablo Solano López. This work applies signal processing techniques (disperse regression) to obtain theequations that model the flight of an aircraft. This can be beneficial in various areas, such as trajectory prediction or obtaining the parameters that model the aircraft flight. Thanks to this project, the foundations are laid for the application of this technique in a real environment and indications are given of which factors or parameters facilitate the obtaining de said equations. A leave de this work se waiting which se generate scientific contributions, in order to publicize the possibilities of this discipline and its potential applications. For more detail about the project you can check the website associated with it en this link.

Meritxell has been an exemplary student throughout her career at the university, getting up 108 ECTS credits with with honors and with an average grade higher than 8 in both degrees. Currently, spend your time a research on the issues on that their TFGs (well dand TFG telecommunications also is expected to be obtained one hundred posttyphoid) and, at the same time, preparing oppositions.

Last modified on Thursday, September 29, 2022 at 16:59
Tweet
More in this section: « Cosmos Rocket Team attends the first edition of SURTAM (Spanish University Rocketry Teams Annual Meeting) The 600th Conference on Professional Opportunities of the ETSIT receives the visit of 40 students and XNUMX companies »
Go up