Elections are called for group delegates 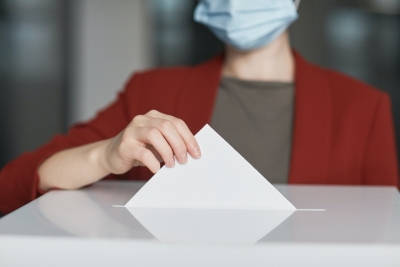 The Central Electoral Board of the URJC has approved this past Monday the calendar and procedure for elections to group delegates. The presentation of the candidacies will take place on November 29 and 30, and December 1, while the voting will be held on December 15 electronically.

Last Friday, November 19, the Central Electoral Board of the Rey Juan Carlos University approved the call for elections for group delegates from the different faculties and schools of the URJC for the 2021/2022 academic year. The procedure and schedule for these have been prepared by the Governing Council of the University during the session that took place on September 27, 2019.

This year, both the presentation of the candidacies and the voting will be carried out electronically through the platform enabled for it. The electoral census can also be consulted on this same web page. In order to apply for group delegate, interested students must be enrolled in a minimum of credits: 48 for a single degree, 55 for a double degree.

The period for submitting applications will open on November 29 and will remain open until December 1, with the publication of provisionally accepted or rejected applications taking place on December 2. Next, students who have been excluded from the process will be able to present their claims between December 3 and 9. The final nominations will be made public on December 10. Those groups in which no one presents for the position of Delegate may be elected unofficially, and will not be part of the electoral roll.

After that, on December 13 and 14, the period will open for the presentation of agreements for the distribution of positions among the candidates. In the event that only one student from the group shows up, he will be automatically chosen. However, if there are only two candidates, they can sign an agreement available on the University platform to determine which of the two is going to be Delegate and Deputy Delegate.

Once all the necessary documentation has been received, the vote will be held on Wednesday, December 15. In the event that there are three or more applicants, the candidate who obtains the most votes will be proclaimed as Delegate, with the Sub-delegate being the next in number of votes.

The following day, November 16, the provisional results will be published, with the claim period from December 17 to 20. Finally, on December 21, the definitive proclamation of the candidates will take place. The elected group Delegates and Sub-delegates will remain in this position during the current academic year. Upon completion, they will also obtain 2 RAC credits.