The new edition of the URJC summer courses begins 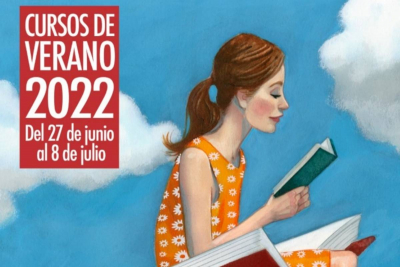 María Dueñas will be in charge of giving the master class with which this twenty-third edition will begin. Among other speakers, personalities from the world of politics such as Nadia Calviño, Alberto Núñez Feijóo, Meritxell Batet or José Luis Martínez Almeida will participate in the courses.

This Monday, at 19:30 p.m., the opening ceremony of the URJC Summer Courses will take place. It will be held in the auditorium of the campus of Madrid. Along with the rector, Javier Ramos, will be the writer and professor of English Philology, María Dueñas. The author will be in charge of giving the inaugural conference, entitled 'Time between readings' in a nod to her best-known novel.

On the morning of June 27, the Vice President and Minister of Economic Affairs and Digital Transformation, Nadia Calviño, will inaugurate the course 'New challenges for freelancers and entrepreneurs'. Throughout its five days of duration, important representatives of political life and the business sector will parade through this course, such as Alberto Núñez Feijóo, president of the Popular Party, José Luis Martínez Almeida, mayor of Madrid or Antonio Garamendi, president of the CEOE , among others. In parallel, on the Alcorcón campus, the course 'Deconstructing the pain and the opposite', which has been raising awareness about chronic pain for eight editions and which this year will include, among its speakers, the Councilor for Culture of the Madrid City Council, Andrea Levy, who will speak about her experience as a fibromyalgia patient.

Technology will once again play a leading role, with courses on ciberseguridad, Metaverse  o AI. Like health, a topic of maximum interest after two years of the pandemic, with courses on vaccines , biomedical engineering o clinical teleinterventionbut also the dubbing, art market, fashion or the bullfighting will have a place in a more varied and diverse training offer than ever.

The courses will be 100% face-to-face again and as always free. They will be distributed by the different locations that the university has on its campuses. Madrid, Móstoles, Alcorcón y Aranjuez. The objective is to offer complementary training both to students and to all those who want to broaden their knowledge, thus bringing the university closer to citizens.

The illustrator in charge of the poster for this edition is Fernando Vicente. "This year marks the 25th anniversary of the University, and we wanted to commission the poster for the Courses from one of the most representative illustrators and painters in the national cultural sphere," explains Cristina del Prado, academic director of the Vice-Rectorate for University Extension and organizer of the Summer Courses.

It is expected that this edition will once again have the same success as last year, in which the number of students enrolled increased by almost 200%, exceeding all expectations.