Facing the challenges of university internationalization 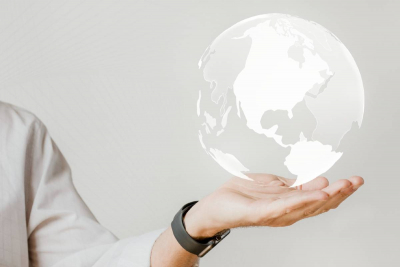 The URJC organizes the IV Conference on International Promotion of the Spanish University System on the Aranjuez campus. The event will address issues related to mechanisms and good practices for the international promotion of higher education

The Rey Juan Carlos University, within the framework of its 25th Anniversary, organizes days in which the greatest experts in university internationalization of the country will meet. During Friday, November 25 (San Carlos Hospital, Aranjuez campus) different issues will be addressed that have to do with the promotion of universities outside of Spain: recruitment of foreign students, Erasmus stays and recruitment of researchers or academics from other countries.

As María Luisa Humanes explains, "This year, the main theme of the day has to do with educational marketing and the digital tools that exist to carry it out."

Different sessions have been programmed and, as every year, one of them will have representatives from other university contexts. "This year we have invited members of universities from Australia and Poland, to learn about their good practices and methods when it comes to international promotion."

In addition, there will be time to address the internationalization of the Spanish university system, as well as the Ibero-American Education Space.

Among the many speakers, the presence of the General Director of Spanish in the World (Ministry of Foreign Affairs and Cooperation), Guillermo Escribano Manzano, and the former director of the Cervantes Institute and professor at the URJC, Carmen Cafarell, stand out.

The conferences, explains María Luisa Humanes, will serve to address challenges for internationalization such as "such as those posed by the economic crisis derived from the energy crisis, which has caused an increase in the price of transport and also those caused by the invasion of Ukraine, among other consequences, the freezing of educational relations with Russia”.

Carrying out these conferences, together with CRUE Universidades Españolas and the Aranjuez City Council, represent a boost to the internationalization of the URJC, "which is added to all the mobility programs that we already carry out", indicates María Luisa Humanes, who adds that " Carrying out these conferences has been a great job, but it allows us to position ourselves as a university concerned and busy with internationalization”.

The IV Conference on International Promotion of the Spanish University System will be inaugurated by Alfonso Gentil Álvarez-Ossorio, director of SEPIE; Fidel Rodríguez Batalla, Vice Minister of Universities, Science and Innovation of the Community of Madrid; Miguel Ángel Castro, rector of the University of Seville and president of the sectoral commission CRUE Internationalization and Cooperation; María José Martínez De La Fuente, Mayor of the Royal Site and Villa de Aranjuez and Javier Ramos López, Rector of the URJC.