European film session at the university 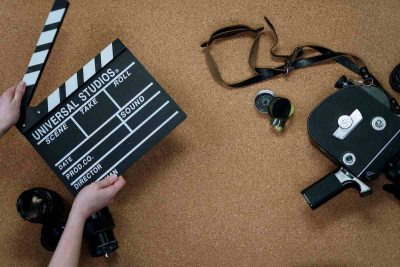 From 9:00 a.m. to 14:00 p.m. tomorrow, the 0,67st European Film Conference: Europe before its image will be held in the assembly hall of the Madrid-Manuel Becerra headquarters, an activity that will have academic recognition credits of XNUMX ECTS

“In these conferences we seek to confront Europe before its image, verify how it is represented in the cinema. To do this, we propose in-depth analysis of some relevant films of the XNUMXst century that help us better understand our time and our European being”, declare the organizers of the event.

The seventh art lands at the URJC hand in hand with European cinema, an activity that can be followed both in person and online. Among the main objectives of the event, they assure that they intend to "bring the best films and television series made in Europe closer to a wide audience through the analysis of specific titles made in recent years, and from which, understand the polymorphic crisis we are experiencing currently in Europe” explains Lorenzo Torres. “We believe that cinema and series are still very influential cultural products and, therefore, one of the pillars that shape the imaginary of European society and culture. With which, the question we are trying to solve is what image do we offer to the world?" he adds.

The invited speakers are researchers specialized in the analysis of audiovisual culture, of French, Spanish, Colombian and Brazilian nationalities. “I am interested in delving into the perspectives that we can offer from Spain and Central Europe and others from Latin America. It is also about creating your own voice in the face of the increasing invasion of Anglo-Saxon academic perspectives”, explains Lorenzo Torres. “These audiovisual products are essential cultural pieces in the construction of the European imaginary, and represent a symbol of the necessary cohesion between the different cultures that make up our continent. The analysis of European cinema made from here and Latin America will help us reflect on the current complicated situation in Europe” explains Torres.

Those who decide to attend, the organization assures, "will learn a lot about audiovisual analysis, since the proposed titles will be analyzed in depth beyond journalistic criticism." “They will learn to see movies and television series from a deeper perspective, with a slow and reflective method, which is very necessary to confront the large number of images that bombard us and to be able to draw interrelationships with our present critic. Films make up our reality: understanding them is also advancing in the resolution of European problems” he ends by saying.