Analysis of intercultural relations between Spain, America and the Philippines 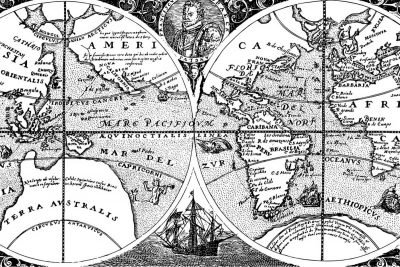 The Rey Juan Carlos University organizes a congress to analyze the intercultural heritage resulting from the contact between the Spanish, American and Philippine civilizations.

Over the next few days, November 30 and December 1, the International Congress 'Spain in America and the Philippines: The intercultural legacy of missionary linguistics' will be held. The event is organized by the Linguistic and New Media Research Group (Liynmedia) of the Department of Arts and Humanities of the URJC.

The venue for the meeting, in which the Autonomous University of Madrid and the Citizenship and Values ​​Foundation (Funciva) collaborate as organizers, will be the Old Pavía Barracks in Aranjuez.

According to Félix Labrador, professor of Modern History at the URJC and organizer of the event, the most important issues that will be addressed in the Congress have two aspects; “On the one hand, a historical approach where the role of religion in the Castilian expansion will be analyzed. On the other hand, a linguistic aspect, which is based on the cultivation of autochthonous languages ​​and has become an important field of study in recent years”.

The Congress, of an international nature, will be attended by professors from Chile, Germany, France and Italy, as well as different Spanish universities. The full program can be seen from the following link: International Congress 'Spain in America and the Philippines'.

The objective of the Congress, as Labrador indicates, is to escape "the revisionist, ideological and non-historiographical crisis that calls into question and condemns without nuance the whole of the Spanish presence in America and the Philippines." The main idea is to recover the great intercultural legacy that has been inherited from the contact between civilizations and that has generated so many cultural exchanges.

"Contrary to what Nebrija had predicted in his Castilian Grammar, in whose prologue he exposes Queen Isabella that the conquest of new territories necessarily follows the imposition of the victor's language, the religious of the different orders strove to learn the natural languages, giving them writing, grammatical codification, elaborating lexicographical repertoires and making many other complementary materials that even include translations of the Bible into those languages”, comments Labrador.

On all these aspects, this international and specialized academic event will reflect on the Hispanic monarchy and its relationship with religion, legal developments in defense of native populations, the creation of centers for the study of languages ​​and cultures, their theological elaborations and the writing of historical treatises.